Barriers to moving to London: Urban Isolation and Loneliness

Moving to London is exciting, whether you’re moving for a new job or just for a new adventure, but what most people don’t think about is the lonely side that may come with it.

You might think with 8.136 million people (and growing) it would be easy to meet people in London, but it’s sadly not as simple as that.

Urban isolation and loneliness is a problem in the UK and London is one of the worst offenders. The issue is so pressing that Theresa May even set up a new position (the Minister for Loneliness), filled by the lucky Tracey Crouch.

What’s more, a report by the commission states that around nine million people in Britain, both young and old, often or always feel isolated or lonely. According to Dr. Vivek Murthy, former United States Surgeon General, loneliness can lead to increased risks of a whole host of mental and physical diseases and is as damaging as smoking fifteen cigarettes a day.

The difficulty of moving to London is that most people already have a circle of friends which they are not eager to expand for a stranger. Most post-university or high school friends will move to the big city and find a house together, or co-workers who have formed bonds over several years will most often decide to live with each other instead of with strangers.

What happens if your school friends are elsewhere and your co-workers aren’t your cup of tea? Most of the time, people turn to flat-sharing and sub-letting websites. However, more and more, the descriptions of the flatmates will state that they ‘keep to themselves’ or ‘are always out’, meaning that these houses aren’t actually offering anything in the way of a community.

That’s where co-living comes in: a new phenomenon where flatmates live together in a social community, gather for regular events, such as movie nights and communal dinners, but also have their own space when they need it.

At Gravity Co-Living, we’re breaking down the barriers to moving to London. We give our members a ready-made community, saving you from the perils of urban isolation, loneliness and cold-baked bean dinners in empty studio flats. It’s a new way to live and we love it. 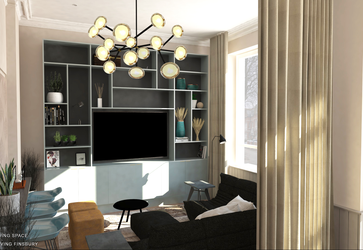 What to expect from Gravity Finsbury Park 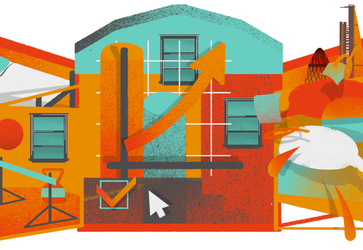 MOVING DURING COVID – REINVENTING THE NORMS

Looking for a new place to call home during COVID? During these …