Pros & Cons of Living in London

Like any other city, there are pros and cons of living in London. Read more about them for a realistic depiction to see if the London lifestyle is right for you!

If you’ve never visited London prior to moving there, then good luck and good fortune to you. This article is to help you to familiarize yourself with the London lifestyle, to help ease any potential culture shock you might encounter, our guide on moving to London will also aid you in this regard. It’s important to be realistic about the pros and cons of any city to accurately set your expectations. This article outlines the benefits and drawbacks of London, providing more comprehensive information than you've perhaps picked from the Mary Poppins films.

Pros of the London Lifestyle

London has earned its reputation as one of the best cities in Europe to live in. A mix of classic and contemporary, trendy and traditional, London is the perfect mix of old and new. A melting pot of cultures, London is diverse as its residents.

London boasts of some of the world’s best museums and galleries, with so many options you’ll be spoilt for choice. The British Museum, The National Gallery, and The Tate Modern are some of the must-see attractions to name a few. If museums aren't your thing, don’t fret as London also has a rich music and theatre scene. Cultural icons like the West End Theatre and Royal Albert Hall, host some of the best music that’s on offer. In London, you’ll never be at a loss for what to do and if you find yourself with a free afternoon go indulge in some delicious food that’s to be found all over London.

London has more international airports than any other country in the world. Served by six airports: London City, London Gatwick, London Heathrow, London Luton, London Stansted, and London Southend. This affords residents the luxury of being able to reach almost anywhere in the world. Locally, London is serviced by the London Underground, local trains, trams, and buses, making it extremely convenient to get around the city with ease even at peak time. Ideal for having to commute or if you want to escape London on the weekend to take a day trip to the coast or a nearby town.

For all its advantages, one of the best things about London is the beauty that you see as you stroll around. The historic buildings, rich with history and tradition add an air of tradition and grandiosity to the city. Walk no further than Buckingham Palace, home of the royal family, to witness this for yourself. As well as this, London hosts myriad green spaces, scattered throughout the city so that you’re never too far away from nature. The parks are perfect for a jog or picnic on one of those rare sunny days. They’re so many stunning areas to live in that the choice can be difficult, read about the various areas to live in to discover which is right for you.

Many people relocate to London for the vast job opportunities and career development, which is why it draws so many young professionals, students and veteran workers. As one of the major economic capitals many companies are London based. Home to a wide variety of industries, from finance to fashion everyone is sure to find their dream job. Compensation in London is higher than the national average, especially for jobs in the fields of finance, law and computer science.

Cons of the London Lifestyle

To common complaints of any big city like overcrowding, high prices and pollution, London is no exception. Plagued by these issues and terrible weather London can sometimes be equally frustrating as it is amazing. But rest assured with the knowledge that despite its drawbacks London is still one of the best cities in the world.

Compensation in London is higher than the national average, as it should be to make up for the exorbitant housing costs. Your rental fees will consume the largest percentage of your salary. High rent prices often mean that living in the area of your choice isn’t always feasible, as it takes a lot more than wishes and dreams to live in central London, Westminster or Kensington. Public transport costs are also burdensome, over 150 pounds for a railcard, you might want to consider biking instead. In combination with one another, these factors make London a difficult place to save money for your future compared with other cities that provide a more affordable living.

With around 9 million residents in London and attracting an additional 30 million on average for tourism, space and solitude are not something you’ll encounter easily. While in the beginning, the hustle and bustle of a big city are attractive and exciting, very soon you’ll tire from the tourists blocking your path to take photos of a bridge or bus. Avoiding the busiest areas like Oxford Street is a distinguishing feature of the locals from the tourists. The overload of people means that tourist attractions are busy and booking your restaurants at least a week in advance is a must.

If you’re moving to London, it’s definitely not for the weather. Hopefully, if you’re relocating there it’s not from somewhere sunny and warm, something which would make your adjustment a lot drearier. Dreary is also the best word to characterize the weather in London, along with bleak. With the hottest average temperature barely touching 20 degrees during the summer months, and lows of 5 degrees during the winter, your wardrobe will consist of jumpers and jackets. With the majority of days consisting of overcast skies and a constant drizzle, now is the time to invest in a good fake tanner, because it definitely won’t come naturally.

If the cons of the London lifestyle haven’t scared you away, let us introduce you to one of the next benefits of London, Gravity Co-Living. Gravity is a co-living community in the heart of London that makes up for what London lacks. The private accommodations will provide you with the space you need while also providing you with access to amenities that few rental properties possess. Amenities such as an on-site fitness centre saves you money and time and a community outdoor space is a little slice of heaven from the overpopulation of town. So don’t wait and check out all that Gravity has to offer! 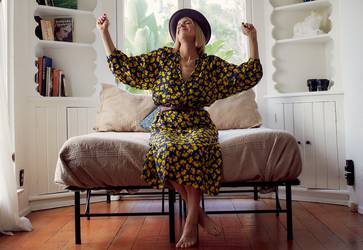 Should You Move Out Of Your Parents' House 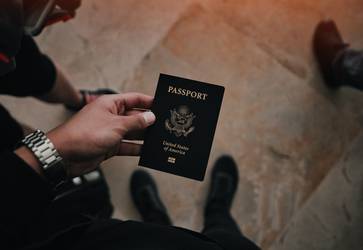 What Documents do I need to Rent a Flat

Documents for tenants include documents related to identification, employment, character, and credit …